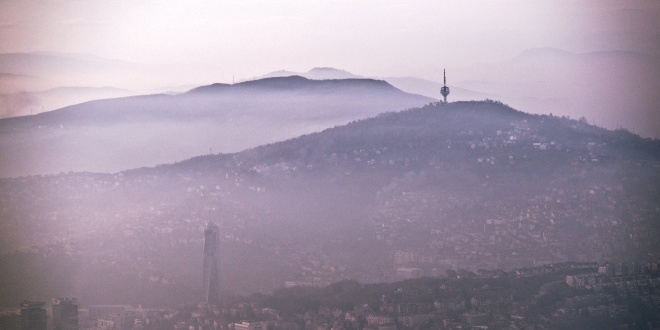 Air quality at the time of this text being published; this is one of the better days. (Air Visual-Sarajevo)

If you take a look at any of the news portals in Bosnia and Herzegovina, you will notice that on their homepages the average reader is bombarded with news that have been constructed in such a way that although they might not influence their life greatly they are presented as such in order to keep the attention away from the real issues and news that tend to slip under the radar.

The absurdity of the current state of both local and international affairs can best be seen in the fact that people struggle to find a sense of common identity in the nation-state while at the same time locking it away from outsiders while capital is moving freely across borders, assimilating, consuming and destroying whatever it touches.

In recent years, the problem of losing commons and public spaces has become more apparent to the public as the consequences society has been warned of years prior are finally tangible.
The post-war “rebuilding”, if we can call it like that, has done more harm than good when looking at the general picture. We have entered a new decade as the most polluted major city in the world while we are served with news on how “Sarajevo is going to get its own version of Beverly Hills” on Crni Vrh (Black Peak) with luxury condos and lush green spaces. While the population chokes on toxic fumes and while we keep our children indoors in order to extend their life for a few extra years, the elites are moving away from the hotspots and building gated communities, with actual brick and mortar walls being the exception as a wall of smog is already separating us from these yet-to-become pockets of concentrated wealth and power.
Not to mention that the location planned for this “insult” to intelligence was originally intended to serve as a research center for “Energoinvest”, one of the biggest Bosnian based pre-war corporations.

Some may say that it is foolish to talk about this and over exaggerating, that things might not be that bad (hint: they are catastrophic) but if we look at the situation over the border, we will quickly see that low-income communities have been the target of neoliberal policies harming those most vulnerable in our societies. The problem that Sarajevo is confronted with isn’t unique as it’s a symptom of unchecked and non-regulated (the laws exist; they aren’t being respected/implemented) property investments and developments combined with the corruption and cronyism that is present on all levels of government and public administration, from the local to the state level.

On the 17th of January 2020 the cantonal government announced that they will put a stop to new high-rise building buildings, that have been damaging the air flow in the basin of the Sarajevo Valley.
A while back, in a time when specialists and scientists were listened to and respected, a note was made in the urban plans for the future of Sarajevo that buildings higher than 12 stories, built on the west-east metropolitan geographical axis could have a significant impact on the air flow. Sarajevo had the worst air quality in the world, on Thursday evening, said AirVisual on its web portal. 10.01.2020.

Fast forward to present-day; high rise buildings are being constructed every year in all of the 4 capital municipalities, with plans being made and carried out to completely choke the landscape with projects such as the planned “transformation” of Quadrant B on Marijin-Dvor into the “business center of the capital”; building an underground concert hall and a 44-story skyscraper on top of it right next to the Miljacka river in the heart of Sarajevo. This isn’t a “transformation” (not a good one that is) but, and I quote:

“The proposal to change the regulatory plans is the biggest spew of hatred towards the city and culture” – this is how architectural professor Nihad Čengić described the purposeful construction of buildings in Quadrant B of the Marijin-Dvor settlement in Sarajevo.

Enemy from within – the rotten apple in the bowl

And while the cantonal government, betrayed by its coalition partners (Demokratska Fronta/Democratic Front & Savez za bolju budućnost/Alliance for a better future) and having to deal with the mess created by years of negligence by previous governments (Stranka Demokratske Akcije/Party of Democratic Action), wants to make steps towards a solution, its hands are tied.Due to the purposely complicated division of power and jurisdictions, the federal government (tier above cantonal gov./tier below state gov.) is the one handling permits and coincidentally, SDA is the main party pulling the strings on that level; showing that in a Hunger Games spirit, it was willing to punish the citizens of the Sarajevo canton for voting them out by causing problems with the gas supply ( Sarajevo canton is the biggest consumer of natural gas in the Federation) and make everyone’s life harder just a bit, enough to remind everyone that we don’t have control of our past, present and future.

I would also like to point out that the leadership of the above-mentioned party has close ties to Gulf State investors and other shady business ventures, putting profits above both short-term and long-term public interests.

And when asked why we talk about all of this, I reference a sign seen on a protest against smog and pollution in Pasadena, California, 1954.

“There’s no health emergency governor, people are just dying to irritate you.”

Annually, more than 3,300 people die of air pollution-related illnesses in Bosnia and Herzegovina.

Those deaths are man-made and preventable, and the reason why I talk about this is because the time has come to call out and hold accountable those responsible for the deaths of 3,300 people annually; I refuse to treat fellow human beings as just collateral damage that ad up to the statistics.

The line has been crossed many years ago and the “investors” of yesterday are the murders of tomorrow.

Protecting Rivers from Hydropower in Bosnia and Herzegovina 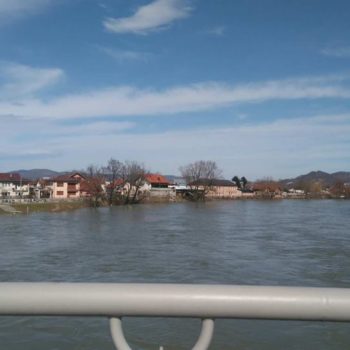 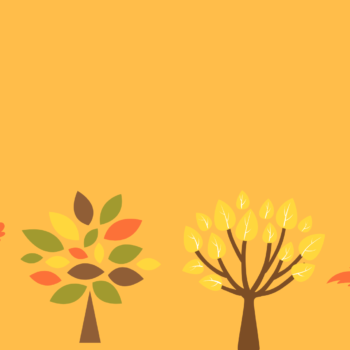 How to Recognise the Commons