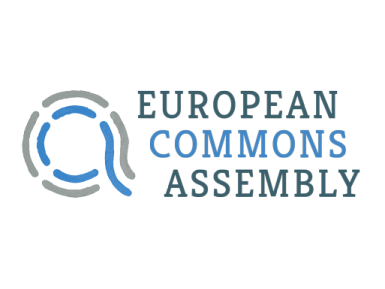 From the 15th-17th of November 2016  the first meeting of European Commons Assembly will take place in Brussels. This is an opportunity for commoners from around Europe to gather in solidarity, network with local commoners in Brussels, and co-create policy proposals for the commons.

In this context, 28 activists from 15 European countries met for 3 days in Villarceaux, France in May 2016 to develop a shared agenda for the commons.  Since then, a process of shared visions and strategies for the commons in Europe has continued to grow. Each week, new individuals introduce themselves into this commons community.  All the participants are committed to the development of European Commons Assembly: a flexible but unified alliance of diverse activists, mobilized across issues to impact politics.

European Commons Assembly is an ongoing process that facilitates pluralistic debate regarding the strategy and agenda for a fundamentally united political vision.  It supports activists’ continued engagement in concrete, collaborative and bottom-up actions and campaigns in Europe, and ultimately helps to build a flourishing European political civil society movement for the commons.

“Civic and community initiatives are working to vitalize our urban, rural, scientific and digital commons, and promoting a future guided by democratic participation, social equity and environmental sustainability. At the heart of these acts of “commoning” are satisfying, joyful social relationships that regenerate our interpersonal and physical surroundings. We reject the idea that we are merely self-interested individual consumers or competitors in a fierce market jungle. Instead, we also consider ourselves active and cooperative citizen caretakers working for healthy and fair neighbourhoods, cities and societies.” – is stated in call for participation.