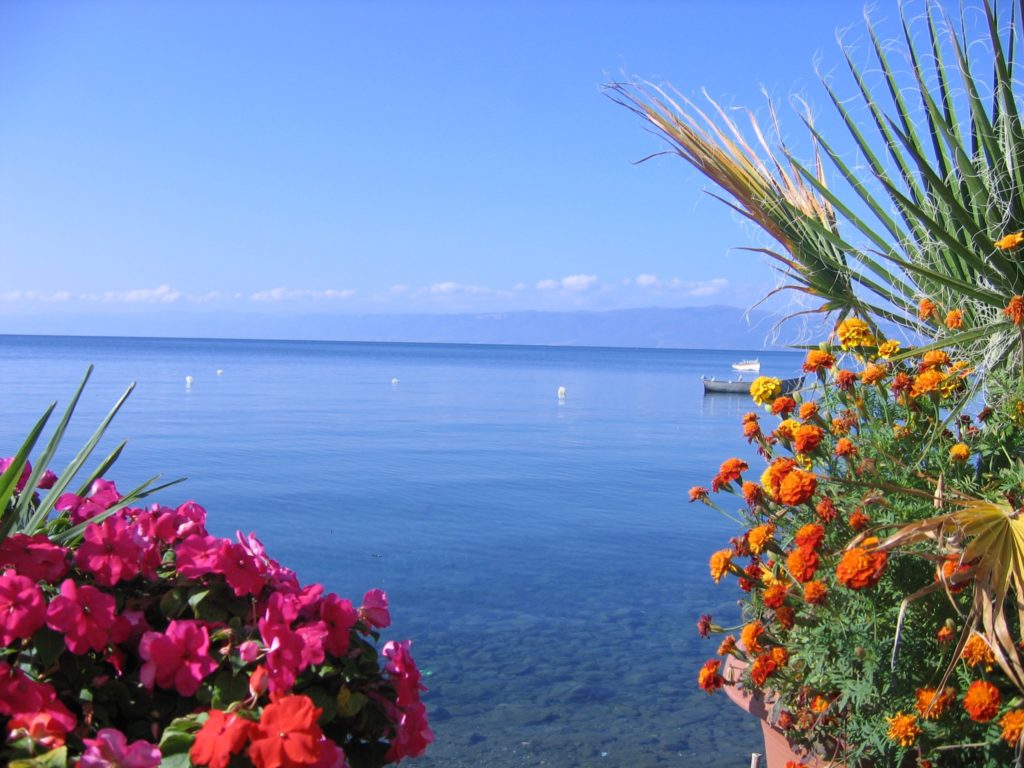 Lake Ohrid, one of the oldest lakes in the world, has captivated scientists from around the world with its biodiversity and ecosystems, as well as tourists who have long chosen the region as their holiday destination. However, the sustainability of the area is currently at risk, due to multiple plans for development sought by Macedonian authorities. The lake region is located on the Macedonia-Albania border and is one of the few UNESCO sites in the world holding both natural and cultural protected heritage status.

An area of such an outstanding natural and cultural value to the residents of the two countries also translates into economic benefits, as it is one of the most popular tourism spots in the region. However, this economic asset has become a reason of exploitation and possibly irreversible damage to sustainability, natural preservation of the lake, and surrounding ecosystems. With an ever-growing number of tourists, and the low-cost flight company, WizzAir, adding a new route from London to Lake Ohrid, the Macedonian government has initiated plans to develop more infrastructure in the area. The plans have been contested by local activists, environmental lawyers, and scientists from around the world, both concerning the lake, and further plans for development in the region, such as the Galichica National Park.

Following the proposal for the plans, people from around Macedonia and abroad have formed an opposition to the plans of the government and the European Bank for Reconstruction and Development. Activists at Ohrid SOS have developed a campaign to save the region from plans that could lead to irreversible damage of the country’s common resources.

Below Ohrid SOS activists explain, in detail what the situation is currently on the ground, their efforts at ensuring protection, and what people from abroad can do to help increase awareness of the potential negative consequences of the foresought development plans.

The issues at present

The current situation in the Lake Ohrid region is that we have to deal with not just one, but multiple proposals that could, in practice, prove environmentally harmful. In the midst of this, the situation is aggravated by poor communication between decision-makers and the public. On the ground, plans for an express road, ski-resort, railroad, and several lakeshore developments are still active. None have started yet, but the intention to complete them continues.

The announcement of these projects has even triggered UNESCO’s Reactive Monitoring Mission, which visited Ohrid-Prespa in April 2017. Reactive Monitoring is the harshest instrument of the World Heritage Committee and, according to the decision from its 40th session in Istanbul, if Macedonian authorities fail to withdraw from projects posing danger to the property’s outstanding universal value, there is a possibility to inscribe the site on the List of World Heritage in Danger. The fate of the property will be decided at the Committee’s 41st session in Krakow, Poland later this year.

The status of the last remains of a vital, lake-cleansing wetland and bird habitat, Studenchishte Marsh, is more complicated. Initially, the local government changed urban plans to allow drainage of the wetland and construction of luxury residences, tourism facilities, and even a marina. Now, they have returned Studenchishte Marsh to its previous status as a protected zone where no construction is allowed.

However, an earlier session from the Macedonian government (November 12th, 2013) had reached the decision that Studenchishte Marsh extends for just 4-5 hectares and therefore only requires protection for this small section alone. This decision on the size was then adopted on a local level by the Council of the Municipality of Ohrid, contradicting the findings of An Integrated Study on the State of the Remains of Studenchishte Marsh (Spirovska et al, 2012), an in-depth report by an expert team that had previously been commissioned by the municipality to establish the wetland’s surface area. On the basis of scientific and field research, the team had concluded that the wetland occupies 63.97 hectares (buffer zone not included), all of which should be established as a Monument of Nature. By this measure, the local and national government are dismissing the vast majority of the area that requires protection.

Therefore, returning the marsh to its previous status as a protected zone is a positive step but, if present appetites and aspirations persist, it is far from being the end of the story. Urban plans can change arbitrarily in the Ohrid region, so a higher level of protection for the full extent of the wetland is still needed. To some degree, this could be provided via Ramsar designation, yet authorities have consistently failed to complete the nomination. At the same time, the local government is pushing for a new valorization of Studenchishte Marsh, additional to the research conducted by the expert team mentioned above.

If honestly conducted and completed parallel to—not instead of—more robust protection, this new valorization will become a welcome addition to our knowledge of the Ohrid region. On the other hand, concerns exist that it may simply be used as a tool to justify protection of the small part of the wetland and destruction of the rest. Additional to the local and national government decisions, this idea has already been floated in the media by politicians, even though a Strategic Environmental Assessment concludes that such a solution would still result in large negative effects.

Therefore, we are on guard to make sure that the entire 63.97-hectare area receives the protection it deserves.

A Strategic Environmental Assessment (SEA) for the express road, ski-resort and certain lakeshore developments was completed by a British firm named Citrus Partners LLP and is available via the National Park Galichica website.

Two points are worth noting about this assessment: Firstly, it contains nothing on the railroad, marsh drainage, marina, lakeshore developments in the village of Lagadin, or a second road towards the village of Struga, so cumulative impacts are clearly under-calculated. Secondly, the Citrus Partners LLP SEA replaces an earlier assessment made by the Civil Engineering Institute of Macedonia that was negative in 80 to 90 percent of its conclusions.

This earlier assessment was not taken forward because the European Bank for Reconstruction and Development (EBRD), a major investor for the express road, did not believe that it met international standards. The bank, therefore, arranged for Citrus Partners to make another SEA, perhaps indicating a conflict of interest. Although the Citrus SEA remains damning in many of its findings, rules out some aspects of the government’s plans, and indicates that World Heritage status is at risk from the projects, it concludes that the road, resort, and certain lakeshore developments can go ahead with compensation and mitigation measures. Seasoned Macedonian scientists are appalled by the idea. For reasons too numerous to state here, Ohrid SOS does not believe that such measures can realistically deliver positive environmental outcomes in the Ohrid region. Our opinion, however, has been removed from the official process: Comments we submitted to public consultations disappeared and were replaced with a substitute document. Despite contacting Citrus, the EBRD and National Park Galichica, we have received no explanation as to how or why this occurred.

Another SEA report specifically for the plans related to Studenchishte Marsh concludes that only non-implementation can prevent highly negative outcomes such as deterioration in Lake Ohrid’s water-quality and impacts on biodiversity, some of which is rare, relict or even world-unique.

Increasing Awareness and Getting Involved in the Campaign

To help advance the campaign goals of Ohrid SOS, first and foremost it depends on who you are and what you do. For a casual reader, simply following us on Twitter and Facebook is already some help. It ensures we have wider media access, so when there’s an important message, we have the channels ready to reach as many people as possible. That helps us react quicker and raise pressure if necessary, which gives the Ohrid region more visibility. Vandalizing natural habitats is harder if you know others are watching. Please retweet, comment and share, not just “like” though.

For holidaymakers who visit Macedonia or the Ohrid region, please question the ecological validity of businesses in the tourism industry. Ask how the place you’re staying at prevents wastewater entering the lake; or where the trash goes, and speak out if you feel negative about plans to damage the Galichica National Park with an express road and ski-resort. As a tourist, you are the paying customer, so people will take note of your opinions, especially if enough visitors start talking. Moreover, if you see environmental degradation, record it, and send us the evidence with the place and date. On the other hand, when you see something beautiful—which you definitely will—share it with the #SaveLakeOhrid hashtag and tell us why you love the region.

Business-makers have a part to play too. Ohrid SOS is not anti-tourism; we just want to see it managed in the right way so that it works with, not against nature. So, if you’re an overseas travel agent, please start promoting nature-friendly packages with a genuine alternative, ecological, adventure and scientific content for the Ohrid region. The same goes for investors, who will find a welcome home for small to medium enterprises with a low environmental impact. The market is growing; the natural resources here create a globally unique offer, and Ohrid SOS is always willing to help in whatever way we can to ensure positive environmental and economic outcomes. Feel free to get in touch.

We’d also like to see embassies and foundations getting more involved, perhaps with funding of sustainability and public awareness campaigns. If people are more conscious not just of the priceless nature of the Ohrid region but the ecosystem services it provides as well, they will be less inclined to support projects that endanger important habitats. However, people have to make a living, so it is crucial to foster a route to sustainable development simultaneously.

Lastly, the search for new activists is ongoing. We’re anxious to hear from anybody in Macedonia who would like to get involved in the movement to protect the Ohrid region. As long as your primary motivation is a deep love for unique habitats and species, there will surely be some way to cooperate. For activists overseas, we’d like to hear more about what you are doing for your own causes, especially if you make it look good. There needs to be more positivity about activism in general, and we always love to see evidence of that or incorporate great tactics into our own strategy. 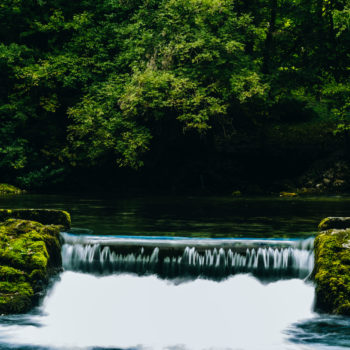 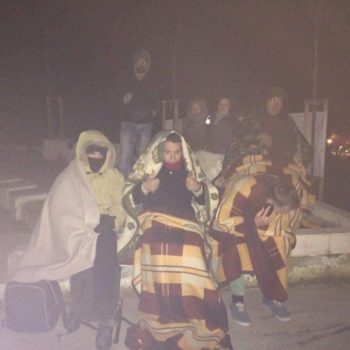 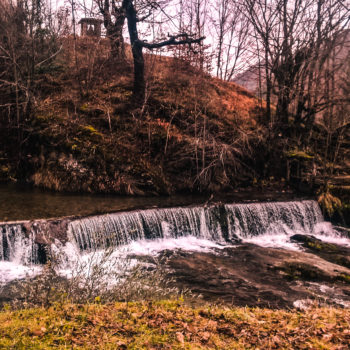