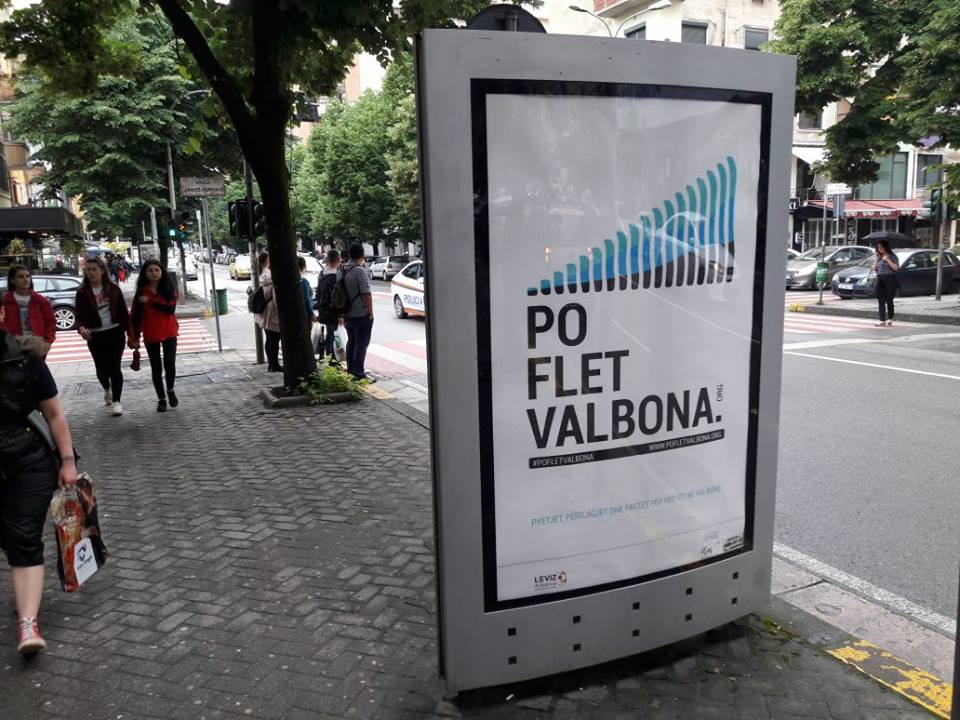 The local communities in the Valbona National Park have been fiercely fighting to stop the destruction of the river. But as they tried to reach out to the larger Albanian public for support, they hit the wall of media censorship. It is still unknown why some reports were shut down, while the coverage was minimal, despite big news, such as the many lawsuits that individuals and NGO TOKA initiated against the government agencies. To challenge this, and to continue their fight in protecting Albanian common resources in the Valbona Valley, the locals took over billboards strategically located in some of the most popular neighbourhoods in Tirana, and spread the message of ‘the river itself’ Po Flet Valbona (Valbona speaks out) is not only a metaphor suggesting that if the river could talk, it would defend itself, but also a way for the local community to have their voices heard in an alternative way. The billboards advertise a website with crucial facts about the hydropower plants being built in the National Park, but most importantly, it draws attention to the cause.